Louise strolled into the office on Thursday morning humming quietly to herself.   She was looking forward to seeing the Halloween costumes that her team would wear.   She tried to imagine how some of them would top their everyday attire.

Jake dresses in black and changes his hair color  each month.   His current orange mop makes him look like a black post with a pumpkin stuck on top.  Bill wears ratty old clothes that even Goodwill would throw in the rag pile.

Her new sales manager, Emma, is a self-identified witch who dresses in gauzy flowing outfits.   Since taking over sales, revenue is up, customer complaints are down, and there are no past due accounts.  Louise has heard rumors that the owners of slow paying clients develop extremely painful rashes, but she’s not asking any questions.

The office was quiet when Louise arrived.  As she walked past Jake’s work area, a sticky note caught her eye. The note said, “Pay up by Friday or the pig gets it!”  Louise stared at the note, aghast. Was one of her employee’s being blackmailed?

She needed to fortify herself with a double espresso from the coffee shop next door.  As she waited to be served she remembered that she hadn’t locked the office door.  So she hurried back to the office.

As she walked through the door, she heard Emma sobbing noisily and saw her cradling a box.  Emma thrust the box at Louise, tearfully babbling about a murder with poison. Louise looked in the box.  It was a dead rat.  “Eek”, squealed Louise falling back a pace.

Louise inched away from Emma until she could turn and dash to her office.  She needed more than a double espresso.  She needed a slug of the single malt whiskey left over from a client event while she thought about what she had seen.  Had one of Emma’s potions gone hideously wrong?  Was another witch using dark arts against Emma?   Would company sales nosedive while Emma mourned a dead rat?

That was the start of an internal investigation which left Louise dazed at how much happened in her company without her knowing about it.    Jake and Bill had a lucrative side business playing poker.  At a recent poker night hosted by Jake, Bill stole a stuffed pig sitting next to Jake’s computer.  After a series of Instagram posts showing the stuffed pig suspended over a Crockpot of steaming liquids, Bill left the ransom note at Jake’s desk. 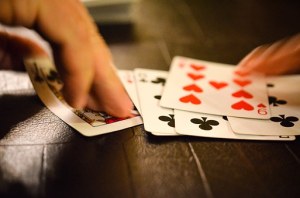 The investigation also revealed that the dead rat was Emma’s beloved Patches. Emma had brought her dead rat to work while she waited for her vet’s office to open. The necropsy (animal autopsy) revealed that Patches died due to a weak heart; he hadn’t been murdered with poison.

Sometimes HR isn’t as scary as it seems at first glance.  Happy Halloween!

Brenda made a hideous mistake today.  She agreed to have lunch with Laura, forgetting that Laura would invite Leeann. 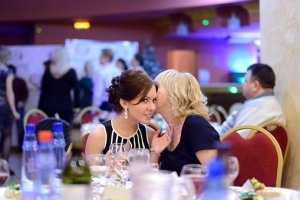 Leeann is a controller.  She isn’t bossy or pushy, but somehow everything moves at her pace. She shows up late for work most days, usually with a long explanation. The cat got sick. The dog got loose and she had to search the neighborhood for him.  The kids were sick.   Instead of telling her to get her lazy butt out of bed an hour earlier each workday, their idiot boss just shrugs.

Today, as usual, Leeann wandered around the office chatting about how much work she had to do.  Five minutes before they were to leave for lunch, Leeann remembered that she needed to return an important phone call.  It will only take a minute, Leeann assured them. Fifteen minutes later, Leeann was finally ready to go after a stop at the restroom.

As they finally headed out the door, Leeann offered to drive because she needed to run an errand on the way back from lunch.  She dug into her giant, squishy purse for several minutes trying to find her car keys.  Brenda slid into the back seat feeling light-headed from rage, despair and hunger.

Leeann stared out the windshield and sighed. Then she dug through the console for her sunglasses. After another sigh and a seat adjustment, she finally backed out of the parking space.  Leeann paused at the exit to debate with Laura about where to go for lunch.

Brenda lost patience and said loudly from the back seat, “Just pick one. I’m starving”.  Brenda’s stomach was growling so loud that the noise was audible to a passing pedestrian.

After lunch, the trip back to the office detoured to a drugstore so that Leeann could drop off a medication for a refill.  As they waited in the drive-through lane that snaked around two sides of the drugstore, Brenda considered her options.

What options are available to Brenda?

Every office has a Leeann.  To limit the productivity and morale hits caused by your office’s Leeann, set clear performance metrics.  Then apply a combination of coaching and progressive discipline until she either hits the required metrics or doesn’t.

You can also follow me at HerSavvy.com. My column appears the 3rd Tuesday of each month.