Maryann handles payroll questions for her employer.  She and her coworkers have been scrambling for a couple of years to ensure they comply with the Affordable Care Act (ACA).  Last year was all about finding a software program that would allow the company to track the hours of its temporary employees.

This year, Maryann is looking at box 12 on the W-2. That’s the box where employers need to plug in the cost of the medical plan for the employee.  Filling in this information is mandatory only for employers who filed at least 250 W-2’s in the previous tax year, meaning in 2013.  Maryann’s company filed 170 W-2’s in 2013, so they aren’t required to complete box 12 for the 2014 tax year.

She knows that this January her company will issue 200 W-2’s covering the 2014 tax year.  She thinks that number will rise to 250 during 2015.  Maryann wants to get a head start on figuring out box 12 after some of the past fiascos in trying to comply with the ACA.

What should Maryann consider?

Update:  According to the IRS website, no new guidance has been issued in the past year. As a result, reporting the cost of the employee medical plan in Box 12 is required only for employers who filed 250 W-2’s in the previous tax year.  Employers who filed less than 250 W-2’s in the previous tax year may voluntarily report the medical plan cost in Box 12.

Gene is the managing partner of a professional services firm and he’s extremely proud of the team that works with him.  He insists that they follow a reasonable work schedule leaving time for family.  He rewards every employee with a bonus when the firm hits revenue targets.

The result is high productivity and soaring morale. People want to work at his firm and Gene has the luxury of picking job candidates that best fit his philosophy. It was all smooth sailing until six months ago when he hired Avery.

Avery looked great on paper. His three page resume looked impressive, full of academic achievements, extensive industry experience, and a history of community involvement.  Avery showed up for the interview in an expensive suit, looking thoroughly professional. He was relaxed, articulate, and generated a good vibe when he met the whole team.  He seemed like a great fit for the firm and Gene hired him.

Within a week, Avery was a problem.  He told several senior partners that his old firm had a much better system for tracking client services.  Then he told the secretaries they were being unfairly exploited and should go on strike for higher wages.  After that he asked junior staff members why they worked so hard when there was no obvious path to promotions since all the senior partners were years from retirement.

Gene learned about the underbelly of discontent when a delegation of junior staff members cornered him to complain about Avery.  The youngest secretary said she didn’t appreciate being told that she ought to feel exploited. That was one of the milder comments.

Gene’s always been told not to judge a book by its cover.  But it’s obvious that underneath Avery’s polished façade lies a wealth of baggage picked up from the conditions he experienced with previous employers.

How should Gene handle this situation?

In the actual situation, the firm chose the third option because the management team decided that a toxic personality was too big a risk to keep on the payroll and the severance package limited any possible wrongful termination claims.  Everyone lived happily ever after (except “Avery” who carried his baggage to the next employer’s office). 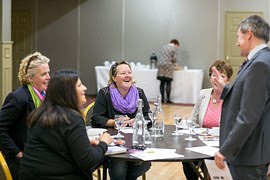 Kelly is glad to be back at work after a couple of weeks of family togetherness at the holidays. A few more days of vacation and she’d be ready to disown her parents and her in-laws, write the kids out of the will and talk to a divorce lawyer about her husband’s fate. It’s good to be back in the office where her job as HR Director suddenly seems simple.

Of course, that happy mood wears off before her first cup of coffee is finished. She’s still sorting through her email in-box when the company president barges into her office. He’s called a meeting to discuss a problem employee.

Kelly refills her coffee mug, sighs, and trudges to the president’s corner office to join the chief information officer and the CFO. The CIO explains that a misdirected phone call to her key lieutenant uncovered proof that Dan is running a side business. Dan is an IT department employee.

The misdirected phone call is from an individual who says he outsourced his company’s IT department to Dan. A quick investigation reveals that Dan has a personal IT business complete with a website advertising the same services he does for his employer. Dan has helpfully listed his company-issued cell phone number as the contact number for his side business.

The company president wants to fire Dan immediately, preferably by firing squad in the parking lot. The CIO and CFO also want to fire Dan but are worried about delicate negotiations on an IT contract. Dan has a small, but critical part to play in those negotiations. If Dan is fired he might take revenge by trying to screw up those negotiations. The management team looks at Kelly for her recommendation.

What’s best for the team?

What should Kelly recommend to the management team?

In the actual situation, the company decided to go with the third option because there was no replacement option. Immediately after the IT contract negotiations ended, the employee was fired with a note that he would never be eligible for rehire.