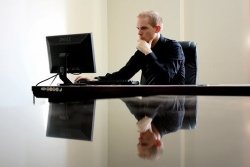 Cyndi has settled in well to her new role as a manager at her company. Her friendly attitude is helping her build solid client relationships. But Tom, the candidate who lost out when Cyndi was promoted, is nursing his sense of injustice.

Tom believes he was the victim of reverse discrimination. He thinks the company promoted Cyndi because they were scared by a former employee’s gender discrimination lawsuit. Initially, he sulked and nursed his wounded ego. But he’s not stupid; he knows that sulking won’t help him. So he does what any reasonably intelligent schemer does. He dreams up a diabolically clever plan to get even. 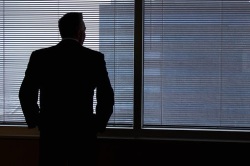 First, he taps his network within the company to find out where there might soon be an opening for a manager. He learns that Stuart is retiring from his managerial slot as head of internal procurement. It’s an important job within the company but a graveyard for career aspirations. No procurement manager has ever received a promotion to the C-suite.

Tom begins maneuvering to have Cyndi promoted to Stuart’s soon-to-be-vacated job. Tom persuades a friend to encourage Cyndi to apply for Stuart’s job.  He also anonymously encourages the HR manager to believe that Cyndi wants Stuart’s job.  As a result, Cyndi is subjected to nudges, winks, and “discreet” inquiries about her interest in replacing Stuart.

Cyndi is flattered by all the attention. It’s nice to be wanted. She knows that if she takes the job, she will be the head of an entire department and get a slight bump in pay.  But Cyndi isn’t stupid either.

She knows she’s got a management job on the production (i.e., revenue producing) side of the business. Procurement is a cost center and not a revenue producer for the company.  She knows that production-side managers are more likely to get promoted.

What should Cyndi do next?

Office politics are a feature of every company. For some, it’s a game that alleviates the boredom of their jobs while others see politicking as war with winners and losers. To limit the politicking, it helps to have clear HR policies that are fairly applied to all employees.