Bob has been a manager for a long time but his department has a lot of turnover because more experienced employees refuse to work for him. Ann is a new hire who thinks he’s a lot nicer than the jerk she used to work for. But after a week of working for Bob, she begins to understand why no one wants to work for him. 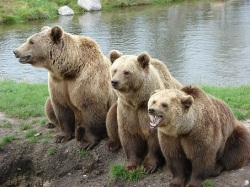 On another occasion, he tells Ann to call Dodd Maxson. She searches the customer records but can’t find Dodd Maxson. Luckily a co-worker recalls a large client account that Bob’s working on and suggests looking for a guy named Rod Waxman. Ann wonders what he’ll say next.

Soon after the Waxman mix up, he tells her to talk to the three bears about an appointment he needs with the CEO. Ann figures out with assistance that Bob wants her to talk to Patrice Burns, the CEO’s executive assistant. By now Ann thinks she’s catching on. 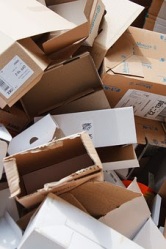 When Bob tells her to talk to the care box about the cost of dipping snuff, she uses her old charades skills to think of rhyming words that might match what Bob said. Bob is going to a sales convention out of town and he mentioned something about shipping his marketing materials. She cleverly concludes that Bob wants her to ask the warehouse what it would cost to ship his stuff to the trade show.

Now Ann is sitting in the office of Sarah, the HR rep, who asks how she’s settling in to her new job. Ann saying guardedly that there are challenges but overall it’s going well. Then Sarah asks how it’s going with Bob.

What should Ann say?

In the actual situation, the employees good-naturedly poked fun at their manager’s garbled instructions. Eventually the manager learned to speak more clearly and his subordinates learned to repeat his instructions to ensure they heard correctly.