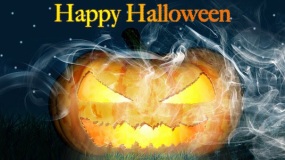 Once upon a time, an inexperienced HR Manager named Katie suggested to the company owner Phil that they have a Halloween party. Phil remembered past office parties and hesitated to risk the company’s liability insurance premiums on another such event. It’ll boost morale, assured Katie, and so, Phil said yes.

Katie immediately sent an email to all employees about the festive event. Five minutes later, Misty pops into Katie’s office to ask if she and her fellow white witches can set up a cauldron in the parking lot for a cleansing ceremony. They want to appease the spirits of the universe and ensure a profitable year for the company. Katie gapes at her; she didn’t even know there were white witches on the staff.

Katie says she’ll think about it and shoos Misty away. Katie slumps at her desk wondering whether the EEOC considers white witches a protected religious group. While she’s cogitating on religious freedom in the workplace, Wade shows up. He says office parties are stupid and he won’t participate. If the company wants to boost his morale, he’d prefer cash.

Having spread his brand of cheer, he wanders away to urge other to boycott Katie’s “dumb party.”

Katie is discouraged until she talks to Alan and Ray. They want to know if there is a prize for best costume. Katie thinks that’s a swell idea and says yes. Chortling wildly, Alan and Ray thank her. Too late, Katie remembers that chaos follows them and wishes she had said no. And so begins the scariest night of Katie’s life.

Ray shows up at the party dressed as an Aztec sacrificial victim with a fake heart poking out of his chest, dripping fake blood. Ray doesn’t understand why Moises, a Mexican-American, thinks the costume is culturally insensitive. Katie dashes toward them intent on preventing a fight but rocks to a halt when she catches sight of Alan. Alan had arrived wrapped in a blanket, wearing an Indian war bonnet with psychedelic pink feathers.

Suddenly, he drops the blanket to reveal he’s wearing only a leather thong.

Before Katie can indulge in hysterics, she discovers that AJ, the scary guy from IT, has a fetish for knives and marijuana-laced brownies. Since marijuana is now legal in some states, “What’s the big deal?” says AJ, snatching the tray from Katie before she can dispose of the brownies.

As Katie drives home, she vows never again to suggest boosting morale with a party.

As your workplace celebrates Halloween, be assured that nothing like this could ever happen at your company. Happy Halloween!

Jack was an honors student in graduate school and he’s possibly the smartest person ever hired by his company. On paper he looks fantastic. That’s why his boss, Mitch, was so anxious to hire him. Acting in haste means that Mitch is now regretting at his leisure.

Jack is actually a pretty decent person, but he is a socially inept basket case. He misses every nuance of human behavior. By the time he understands a joke, everyone else has stopped laughing.

At his first staff meeting, Jack sits staring at his co-workers. At the second staff meeting, when Mitch calls on him, Jack describes a magazine article he is reading about a new management theory. Mitch’s jaw drops. His question was about the draft budget for the following year. Worse is to come.

Mitch’s staff is invited to join the semi-annual client appreciation event. Jack shows up early before the caterer has finished setting out the food and drinks. He explains that he wanted to be on time. He gobbles up food as if it’s his last meal for a week.

After banishing his hunger, Jack stands in a corner near the refreshments table and stares at everyone as they arrive, much as a zoo keeper might study an exotic animal. Anne, senior vice president of procurement for a key client, smiles at Jack while waiting for her drink and makes the mistake of engaging him in conversation.

Fifteen minutes later, Mitch spots Anne sidling away from Jack, her face frozen in a smile. He gallops across the room. Jack is describing the mating habits of sperm whales, based on a National Geographic show he’d watched last night on TV. Mitch is aghast. He kicks Jack in the shin and shoulders him aside, preparatory to ushering Anne away from the scene of the crime.

The next morning, Mitch invites Jack in for a quiet conversation on appropriate small talk during a client shindig.  Jack is hurt; he thought he was being friendly.  Mitch stares at him, helplessly.

What are Mitch’s options?

In the actual situation, the inept employee was a good employee in all other respects, so co-workers took turns looking after him at client events. Clients eventually grew used to the employee.