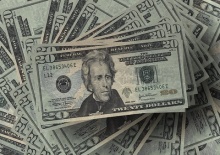 For decades the answer was straightforward: look at “control”. When a company controls what, when, where and how a worker performs assigned tasks, the worker is an employee. By contrast, independent contractors are given a task and a deadline, and they control how, where, and when they complete the task.

Then life got complicated. In 2015 the Dept. of Labor (DOL) proposed raising the salary level of the overtime rule to $913 per week. Employees with weekly wages below that amount would be entitled to overtime pay if they worked more than 40 hours in a work week. It meant that more employees would be eligible for overtime pay.

At the same time, the DOL adopted the “economic reality” test. If the economic reality was that a worker was financially dependent on the company, then the worker was a W-2 employee. The practical effect of the test was to eliminate the classification of “independent contractor”.

To understand why the DOL took these actions, it helps to understand the philosophical approach of regulatory authorities. Regulatory authorities, including the IRS and DOL, recognize that someone will always find a way to game the system. (Remember the tax shelters that allowed some people to claim they had no taxable income?) So the regulators try to deter gaming by creating tediously detailed regulations that everyone complains are strangling businesses and the economy. (Of course, we eventually learn how to game new rules and complain when they change again.) 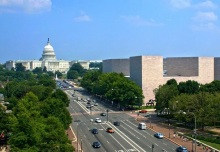 In 2015, the DOL wanted to deter perceived abuse of the “exempt” status in the overtime rule, and it wanted to ensure that more individuals would be covered by an employer’s group health plan as contemplated by the Affordable Care Act. To meet these objectives, the DOL proposed raising the salary limit and adopted the “economic reality” test.

The economic reality test was withdrawn, and we’re back where we started with the “control” test. The proposed overtime rule was also withdrawn, and the DOL is considering raising the salary limit but by a lesser amount. 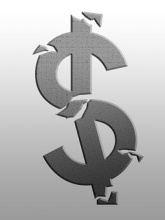 However, it’s still critical to properly classify workers because the consequences of getting it wrong can be financially catastrophic. DOL civil penalties start at over $1,000 per employee per violation. The IRS can assess civil penalties and require a company to restate years of tax filings. Misclassified workers can sue for lost wages and benefits. It’s a triple whammy that few companies could financially survive.

Another update from the HR jungle….

Maryann handles payroll questions for her employer. She and her coworkers have been scrambling for a couple of years to ensure they comply with the Affordable Care Act (ACA). Last year was all about finding a software program that would allow the company to track the hours of its temporary employees.

This year, Maryann is looking at box 12 on the W-2. That’s the box where employers need to plug in the cost of the medical plan for the employee. Filling in this information is mandatory only for employers who filed at least 250 W-2’s in the previous tax year, meaning in 2013. Maryann’s company filed 170 W-2’s in 2013, so they aren’t required to complete box 12 for the 2014 tax year.

She knows that this January her company will issue 200 W-2’s covering the 2014 tax year. She thinks that number will rise to 250 during 2015. Maryann wants to get a head start on figuring out box 12 after some of the past fiascos in trying to comply with the ACA.

What should Maryann consider?

Need help with HR issues? Corporate Compliance Risk Advisor can help you create HR policies that are appropriate for your company’s size and then serve as a resource to your staff when the policies are implemented.